I’ve traveled to Antarctica six times over the past few years, embedded with research teams for up to three months at a time. These reporting trips have led, directly or indirectly, to several dozen stories (included on the All Published Stories webpage). 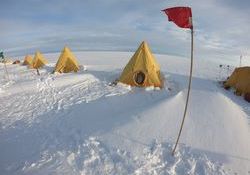 I traveled with a team of scientists to Thwaites Ice Shelf – a triangular slab of ice roughly 800 feet thick and 25 miles across, which oozes off the coast of Antarctica and floats on the ocean. The ice shelf stabilizes one of Antarctica’s largest glaciers; but it is rapidly thinning and shrinking – and as this happens, the glacier behind it is gradually accelerating its flow into the ocean. The team used radar to peer deep into the ice shelf, and visualize the internal fractures that are weakening it. They drilled a hole through the ice and lowered a string of instruments into the ocean below, in order to measure the warm currents that are melting it from underneath. 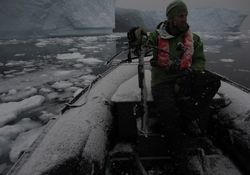 I sailed on the icebreaker Ortelius with a team of researchers tracking the movement, and feeding dives, of humpback whales in fjords along the west side of the Antarctic Peninsula. 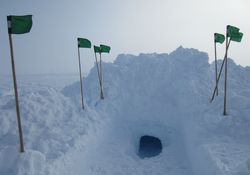 Traveled with a team of researchers who drilled through the West Antarctic Ice Sheet into Subglacial Lake Whillans. This body of water, just 380 miles from the South Pole, is hidden beneath half a mile of ice. Its existence was known from ice-penetrating radar, and remote satellite sensing – but up till this moment, it had never been glimpsed by human eyes. This represented the first time ever that humans had directly sampled a subglacial lake. 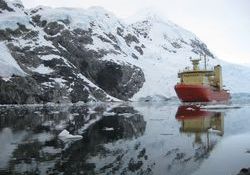 I sailed for 57 days on board the Nathaniel B. Palmer, an icebreaker operated by the U.S. National Science Foundation, traveling with a team of researchers studying how the disintegration of several ice shelves in the region has caused glaciers to accelerate, and triggered changes in ocean ecosystems. 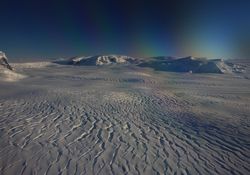 Flew with a joint team from NASA, and from the Centro de Estudios Científicos (Valdivia, Chile), on board a Chilean naval P3 aircraft, conducting ice-penetrating radar and laser altimetry measurements to measure the thickness of glacial ice – and how it is responding to climate change. Survey flights covered large swaths of the Antarctic coast, including the Larsen C Ice Shelf, George VI Ice Shelf, Wordie Ice Shelf, Fleming Glacier, and Eltanin Bay, as well as the Northern and Southern Patagonian Ice Caps of Chile. 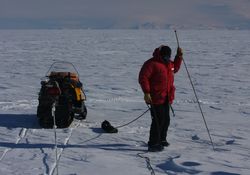 Traveled with a team of 3 researchers to a remote area, roughly 380 miles from the South Pole, where satellite measurements had recently revealed the existence of several subglacial lakes, buried beneath half a mile of ice. The team conducted the first on-site measurements of these lakes (albeit, from the surface of the ice, half a mile above the water). Five years later, in the 2012-2013 field season, we returned to one of these lakes – Subglacial Lake Whillans – in order to drill into it, photograph its interior, and sample it.